Lea Kraemer offers classes in Ayurveda, Hatha, Kundalini and Vinyasa Yoga, Meditation, Pranayama/Breathwork and Partnered Yoga. She is a Teacher- Trainer in Vinyasa and Yoga as Therapy, and offers private sessions for Ayurvedic Yoga, Spiritual consultations and Yoga Therapy for those healing from chronic and life-threatening illness.

Lea began as a modern dancer and choreographer in NYC in 1987, studying at Peridance Center, the Limon Institute, and Martha Graham School of Dance. From 1986 to 1997 her choreography was presented in NYC and surrounding areas at curated venues like DIA Center for the Arts. In New Haven, CT, she choreographed for Yale University Dancers and in Denver, CO for Cleo Parker Robinson’s Teen Performance group. From 1987 to 1995, Lea danced for modern choreographers, performing at the Joyce Theatre, La Mama, etc., and internationally in Asia.

Lea is grateful to have been a student of some of the kindest modern Yoga masters. Her early influences were from Jivamukti Yoga and Sri Dharma Mittra. Lea received Tibetan Buddhist teachings through the Nechung Monastery in NYC from 1989 to 1995 and in Dharamsala, India starting in 1995. In 1994, she was first certified to teach the gem-like system of Kundalini Yoga as taught by Yogi Bhajan and again through KRI (Kundalini Research Institute) in 1995 and 1997. She practiced Ashtanga Yoga at the school of Sri K. Pattabhi Jois in Mysore, India, first in 1997, and was certified as a Hatha Yoga teacher at a major International Ashram in 2002.
Lea founded PRANA MANDIR Yoga in 2002, with a NYC studio that ran for nine years. It was the first center in the U.S. to present Ayurvedic practitioner training & certification through Kerala Ayurveda. PRANA MANDIR Yoga’s outreach involved research into the application and effects of Yoga. Lea mentored teachers, lead group and private instruction at Beth Israel Deaconess Medical Center, Beth Israel Continuum Center for Health and Healing and at St. Lukes Hospital, developing a Diabetes Prevention program.

In 2001, Lea began giving AGNI, an intensive Yoga as therapy course for teachers, health practitioners and healers of all lineages. In 2004, she developed PRANA MANDIR’s Vinyasa Yoga Teacher Training, held first in NYC, then in Missoula, Montana and now in California. The certifications are vibrant investigations into the mind, body, senses and spirit.

Lea has practiced classical Ayurveda since 2006 through Kerala Ayurveda, AYU, and as a student and faculty member at the DINacharya Institute under the direction of Dr. Bhaswati Bhattacharya. 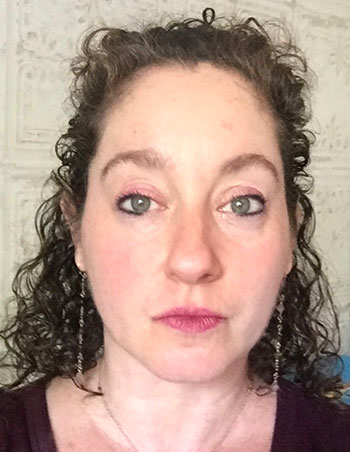